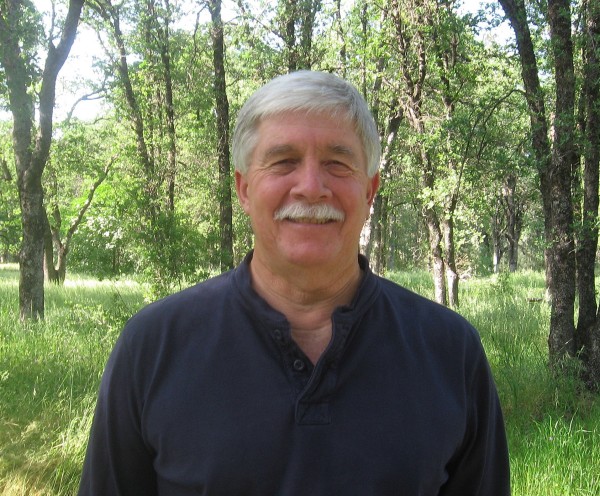 Author Steven T. Callan will speak to the Writers Forum on Saturday, January 14, 2017 at All Saints Episcopal Church in Redding, CA.

Steven T. Callan is the award-winning author of Badges, Bears, and Eagles—The True-Life Adventures of a California Fish and Game Warden, a 2013 “Book of the Year” award finalist (ForeWord Reviews). He is the recipient of the 2014, 2015, and 2016 “Best Outdoor Magazine Column” awards from the Outdoor Writers Association of California. Steve’s sequel, The Game Warden’s Son, was released March 1, 2016, by Coffeetown Press of Seattle, and is the focus of his 2016 book tour.

Steve was born in San Diego, California, where he spent his early childhood. It was there that he first developed his love of nature, spending much of his spare time exploring the undeveloped canyons behind his house and learning to skin dive in the nearby ocean. In 1960, Callan’s family moved to the small Northern California farm town of Orland. Steve spent his high school years playing baseball, basketball, hunting, and fishing. With an insatiable interest in wildlife, particularly waterfowl, he never missed an opportunity to ride along on patrol with his father, a California Fish and Game warden.

Hired by the California Department of Fish and Game in 1974, Warden Steve Callan’s first assignment was the Earp Patrol District on the Colorado River. He was promoted to patrol lieutenant in January of 1978, leaving the desert and moving to the metropolitan area of Riverside/San Bernardino. While stationed in Riverside, Callan organized and led a successful effort to ban the sale of native reptiles in California. He also organized and led a successful campaign to stop a planned recreational development at Lake Mathews— establishing the lake and its surrounding wildlands as an ecological reserve for thousands of waterfowl and Southern California’s largest population of wintering bald eagles.

Transferring north to Shasta County in 1981, Lieutenant Callan spent the remainder of his thirty-year enforcement career in Redding. While supervising the warden force in Shasta County, Callan created and coordinated the Streamside Corridor Protection Plan—working with city and county planners to establish development-free setbacks along the Sacramento River and its tributaries.

In 1995, Lieutenant Steve Callan and Warden Dave Szody conducted a three-year undercover investigation into the unlawful killing of California black bears for their gallbladders, possibly the most successful wildlife related criminal investigation in California history at the time. Callan and Szody received the distinguished Frank James Memorial award for their accomplishment.

Steve and his wife, Kathleen, a retired science teacher, are passionate about the environment. They are longtime members of no fewer than a dozen environmental organizations and actively promote environmental causes. They are avid bird watchers, kayakers, anglers, and scuba divers. Steve is also a wildlife artist, using photographs he takes while scuba diving for inspiration. Callan has played competitive softball throughout the United States since his college days and, in 2004, was inducted into the National Senior Softball Hall of Fame. Steve can be found online at steventcallan.com.

Steven will speak at All Saints Episcopal Church, 2150 Benton Drive, Redding, CA on Saturday, January 14 at 10:30 AM. All are welcome.

One thought on “Steven T. Callan to Speak”