The venue was perfect as seven local poets gathered to read selections from their writings on Friday, August 19 at the Old City Hall downtown. 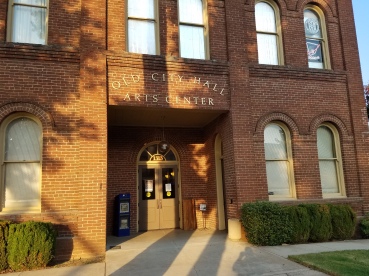 I had missed an earlier reading the previous Friday due to a cold. I still had the cold on this Friday, but I was determined to hear at least a few of the poets read. Once there, I was so drawn in by the depth and passion of the readings that I was there until the end.

The poet photos are courtesy of John Boyden. Thank you, John!

Scott Yates wore pieces of traditional Yemeni garb as he read ‘From Yemen with Love’. Scott had been a high school English teacher in Yemen. His poem recalled a time when he was speaking with his wife in the United Stated through Skype as artillery and gunfire sounded in the background. Scott also shared a piece set to the cadence of an Arab Spring chant that spoke to the hopes and disappointments of that movement.

Sharon Brisolara shared a poem about the Argentine los desaparecidos, or the disappeared ones. She also shared a tense poem about ‘Waiting for Cat Scan Results’, and about much needed ‘Truth Store’.

Nadia Hava-Robbins, director of The Traveling Bohemians, a local performing arts group, shared several poems. I was struck by Nadia’s diction, with its interesting cadences, and where she chose to draw out vowels and final S’s. Nadia was mesmerizing.

Pamela Spoto and Jim Collins teamed up for Pamela’s inspired reading of ‘Two Warriors in a Sweat Lodge’ and ‘The Names of Things’. Pamela read of the sweat lodge experience while Jim carried the rhythm on a native drum and chanted.

Michel Small read three pieces, ‘Almost Two’, ‘In the Hospital’, and ‘What Happened to Me at the Supermarket’. 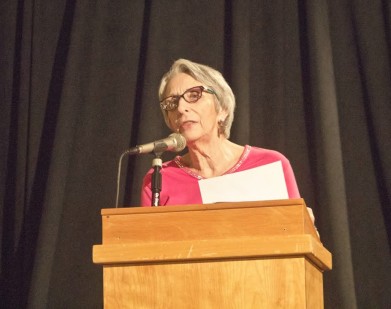 Linda Boyden shared several poems, ‘I think I Could Be a Poem’, ‘Keeper of the Hearth’, The Weight of Us’, and ‘In the Time of Violets’. My favorite was Linda’s wondering where all of the social passion of the Sixties has gone with her ‘Dylan Retrospective’. 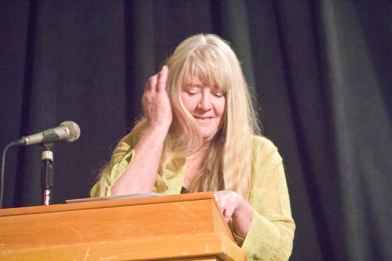 The final poet of the evening was Melinda Brown. Melinda shared an interesting poem about space junk falling back to earth, a fun piece called ‘His Kingdomness’, ‘Lifeblood’, and ‘A Sacramento River Panorama’.

Poetry really comes alive when read by the poet. The experience is incomparable. I can’t recommend strongly enough that writers find a way to go to a poetry reading. Whatever it is you write, your writing will only be made stronger by infusing a bit of the poetic art into the work. We will try to keep you informed of upcoming readings.

One thought on “A Reading to Remember”