The Redding Public Library will host a reading and Q&A with the current Poet Laureate of California, Dana Gioia (pronounced JOY-a) on Thursday, July 21 from 12:00-1:30.

Dana will read from his latest book, 99 Poems: New & Selected. Dana will also discuss literacy, and there will be a time for questions from the audience.

Dana spent the first fifteen years of his writing career writing at night around his day job as an executive at General Foods. In 2002, George W. Bush appointed Dana as Chairman of the National Endowment for the Arts. As Chairman of the NEA, Dana developed several new modernizing initiatives, including Shakespeare in American Communities, Poetry Out Loud, and Operation Homecoming: Writing the Wartime Experience. Operation Homecoming collected writings from US troops and their families and published them in an anthology, which became the basis for an Academy award-nominated documentary by the same name.

EDIT: I realized this afternoon that I never included a link to Dana Gioia’s new book! You can find it here.

They also have at least one copy at the Redding Public Library. 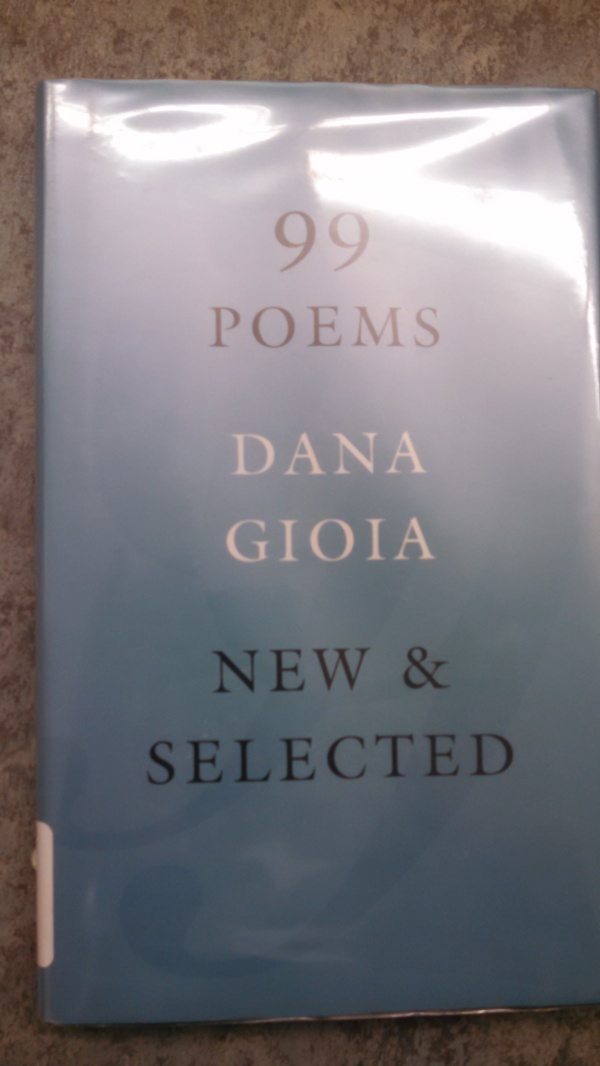 You can find it on the New Book shelf. (I was going to check it out myself, but I thought that would be kind of rotten, telling you that the library has it, but you can’t check it out because I have it! If it’s still there this weekend, though, I just might grab it. George.)